The Ronda International Guitar Festival is an annual week-long festival dedicated to music and the Spanish Guitar. The Spanish guitar is a beautiful instrument born and developed in Spain. It is a world ambassador of Spanish music. We are delighted to celebrate in Ronda, the treasure and legacy that is the Spanish guitar; a great promoter of Spanish culture!

All the festival’s activities will be held at the Congress and Exhibition Centre “Santo Domingo” in the heart of the historical old-town of Ronda, Spain. Ronda is a unique city, romantic and fascinating. A place in which nature and culture unite to exhibit the best of both worlds. Ronda and the guitar are a delightful combination! 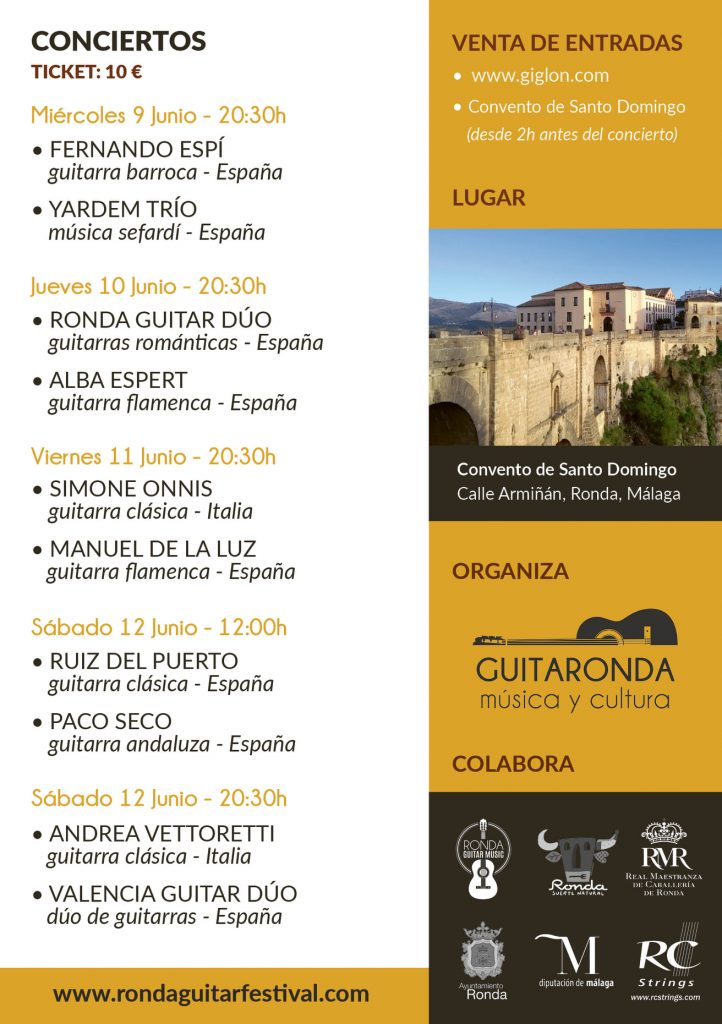